“Do not build a house on the bridge” 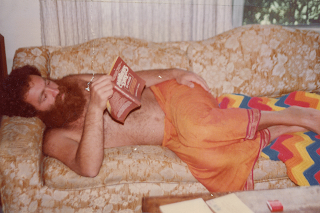 Man it is hot in Mumbai in May. As much as I wanted to stay close to Osho in his physical body, I wanted out of India.

In 1973 shortly after I’d first met Osho in his Woodlands apartment in Mumbai, I had a meeting with him before leaving for the cool of the U.S. I was escorted to his room by his secretary, Laxmi, but once I got through the door, I was left alone with him and his caretaker Vivek. As good looking as Vivek was, I only had eyes for Osho as this was my first time seeing him privately since taking sannyas about three months before. He knew I’d come to say goodbye but when he asked me if I had anything to say, I became speechless. I was overwhelmed by my love for him and by his intelligence and felt if I said anything I would look stupid… yes I had memorized what I would like to have said… that I had a satori while doing the dynamic meditation… that the past was simply a memory, the future does not exist and his present to me is that I now live only in the present, but it is difficult to lie sitting in front of the truth.

Read more: “Do not build a house on the bridge”

“Relationship is a Verb” By Krishna Prem 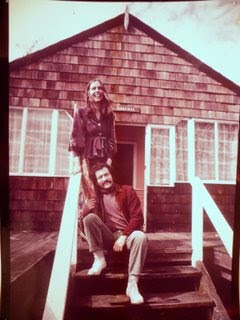 I met Marcia on the hippie trail in the early 70's, beginning in Venice, California. We traveled together to India on two one-way tickets as we didn't have enough money between us to buy two round trip tickets... it was simply two one-way tickets to ride or no way out... in any case, we were living on love. Our first home together in Mother India was under a cashew tree in Arambol, a virgin beach in Goa, (remember I am talking the 70's here), before heading north to the Himalayas. Right smack in the middle of the trail, we met Osho and our lives changed forever. Meeting Osho was a happy beginning for me and equally an unhappy ending of my relationship with Marcia, now Krishna Priya. My gut told me that my relationship was in trouble and I went to Osho to get to the heart of the matter... and I was sure Osho's advice would not only heal my relationship, but also help my friends like you as we finally hear the truth about relating.

Read more: “Relationship is a Verb” By Krishna Prem 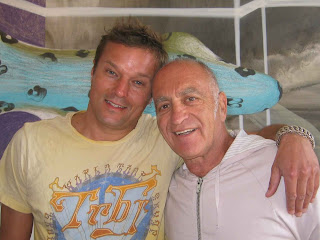 About 15 years ago now, I was participating in the Buddha to Buddha work in the OSHO International Meditation Resort in Pune India. This Buddha to Buddha work is essentially an old friend of Osho sitting down over a cup of tea with a new friend who just walked though the gateless gate for a gossip, to give the new friend a soft landing in our meditation resort… . It was there that I met a young man from Holland who would not only become a Buddha in his own right, but more real for me, he became a Buddy of mine… I like to meet a Buddha along the way as much as the next guy but I also enjoy sharing a glass of wine at the same time… His name is now Batul and he is a fine example of what Osho calls Zorba the Buddha… plus he plays a mean game of tennis! Batul is not only a meditator; he is also a business man. While he was visiting our meditation resort, he designed his signature piece of jewelry and came up with his company name… surprise, surprise… BuddhatoBuddha… check him out at http://www.buddhatobuddha.com/

“When your being knows”